William Arthur Belfitt was born in 1894 and was baptised at Whittington church on 11th November 1894. His parents William Herbert and Mary Ellen (Beetham).

William was the fourth child for William and Mary he had two older sisters Dorothy and Gladys, and a sister who had died shortly after birth in 1890, Blanche.

In 1901 William was living at 6 South Street New Whittington and William’s father is listed as a Railway Engine Driver. 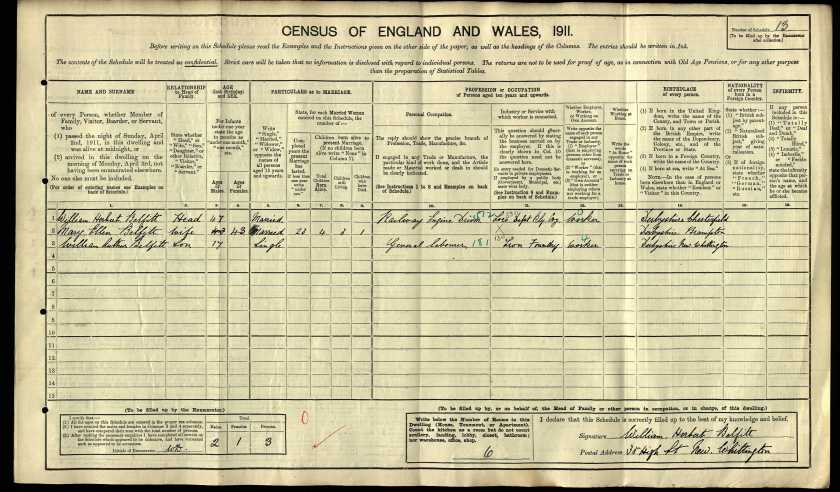 By 1911 the family had moved and were living at 35 High Street New Whittington. William had by now left school and at 17 years old was working as a general labourer in an Iron Foundry. 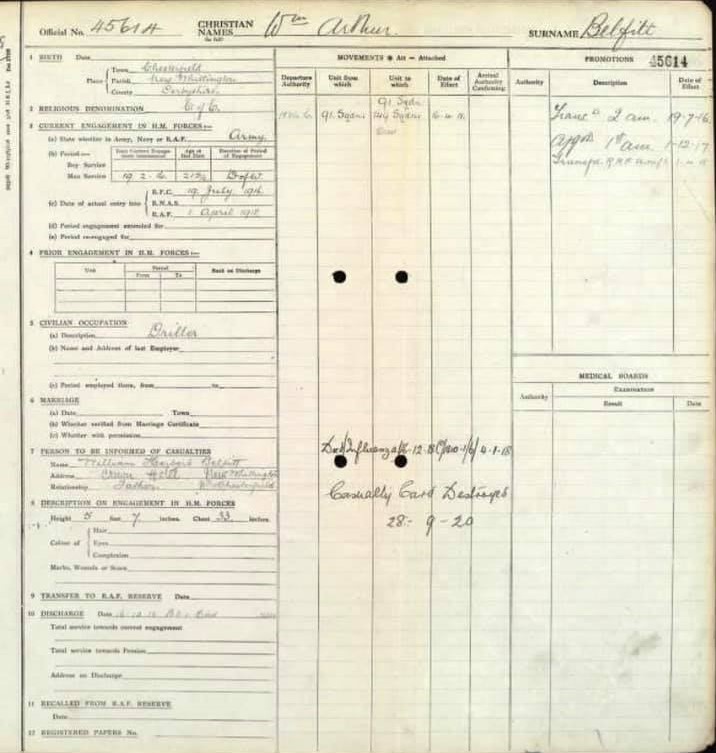 William joined the Army on 19th February 1916, his age is recorded as 21 years 4/12 months and his height was 5ft 7ins. His service number was 45614, although he originally joined the army, on 19th July 1916 he was transferred to the Royal Flying Corps (which was the Air arm of the British Army).

William’s first unit was 91 Squadron. The squadron was based in England and the last base in England William would have served at would have been Tangmere in West Sussex. This base was founded in 1917 for the RFC.

The RAF was established on 1st April 1918 (an amalgamation of the Royal Flying Corps and the Royal Naval Air Service) and William was transferred to 149 Squadron RAF on 16th April 1918, he was sent to France on 31 May 1918. The squadron remained based in France moving bases around northern France, and were involved in night bombing missions above occupied France and Belgium. William was an Aircraft Mechanic/ Fitter and would have been kept very busy.

The squadron moved to Fort Cognelee in late November 1918. Fort Cognelee had been used as a base for Zeppelins after the Siege of Namur in 1914. The picture below shows a British aircraft near to a German hangar that previously had housed Zeppelins. 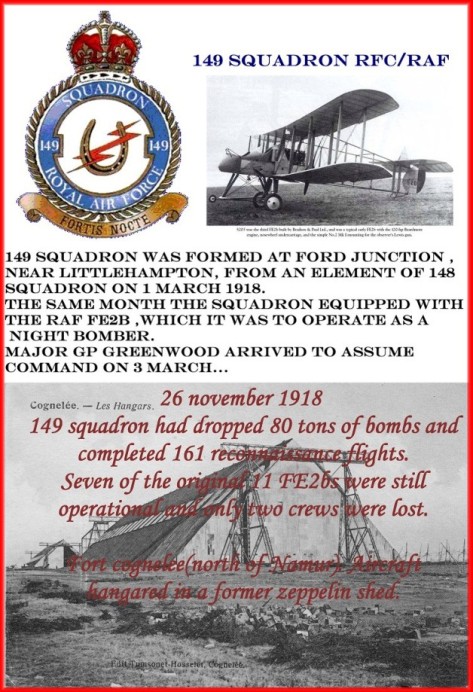 More information on Fort Cognelee can be found  at

On the RAF Service card Williams father is given as the person to contact in case of casualty, and by this time he was living at the Crown Hotel New Whittington. Sadly, this information was necessary as on 16th December 1918, after surviving WW1,  William died during the influenza pandemic that killed around 5 million people worldwide.

An entry in the Derbyshire Courier 4th January 1919 reported that:

‘Private W A Belfitt, son of Mr and Mrs H Belfitt (Crown Inn New Whittington) died on 16th December from pneumonia at a Casualty Clearing Station in France. “Everything possible” wrote the sister in charge” has been done for him He did not realise how ill he was. Consequently there was no last message to forward.” Private Belfitt was 24 years of age and joined the Sherwoods in February 1916. Later he was transferred to the Royal Scots and later to the Royal Air Force’. 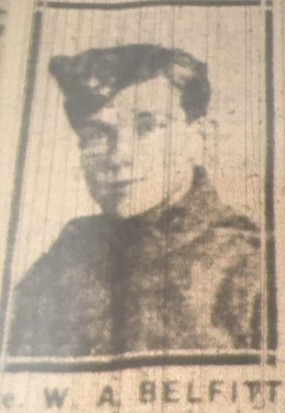 William is buried in Belgrade Cemetery, Namur Belgium more information can be found at https://www.cwgc.org/find-a-cemetery/cemetery/55200/belgrade-cemetery/ 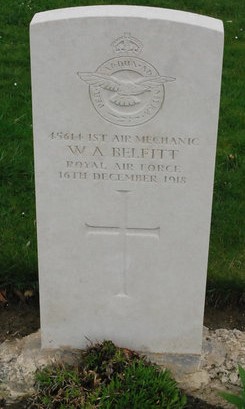 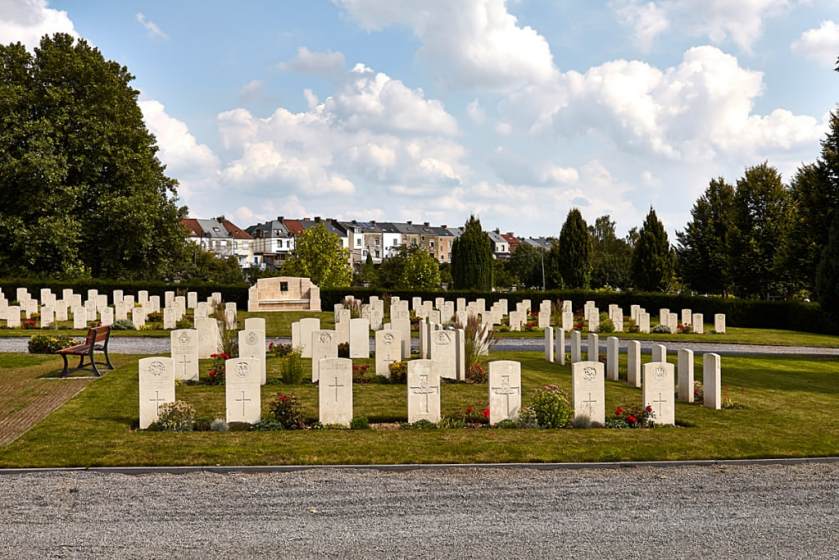 William is remembered on New Whittington, Old Whittington and the Brushes War Memorials. 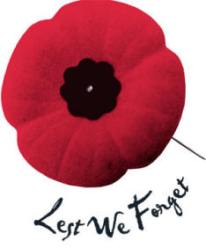 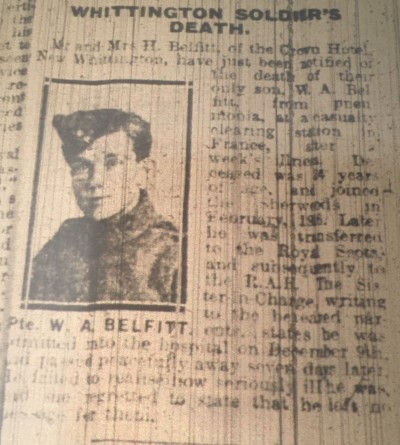