John Carlile was born in Chesterfield on 4th January 1895, he was the eldest child of Thomas and Sarah Ann Carlile.

He was baptised on February 17th 1895 at Chesterfield Parish Church. 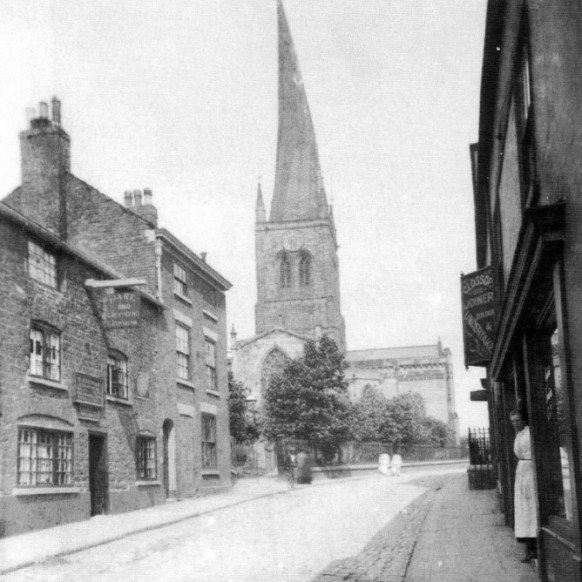 According to the Baptism register the family were living at 28 Hipper Street and Johns father was a police constable.

By the time John started at Whittington Websters Endowed Mixed school on 18th April 1898 the family were living at Holland Road, Old Whittington. John left on 6th January 1902, when he was transferred.  He would be seven years old by then and presumably transferred to the Junior school.

The next information for John is the 1911 census.  John has now left school, and at the age of 16 is listed as a coal miner (pony driver) at Grassmoor Pit.

Pony driving was normally the job they gave to the young boys when they first started work in the pit.

The census shows that the family are now living at 102 Holland Road and the family has grown, John and his seven siblings are all living at home.  Sadly, as the census shows, there were ten children born to Thomas and Sarah but as often was the case, they had had two children who had died.

When war broke out in 1914 John was one of the first to answer the call for men and along with many of his friends and neighbours he joined up.

The Roll of honour below, which was published in the Courier 21st November 1914, lists John along with his cousin Alexander and many other names that are now familiar from the Old Whittington war memorials.

John joined the Sherwood Foresters (Notts and Derbys regiment) along with many other local lads, his service number was 15156. 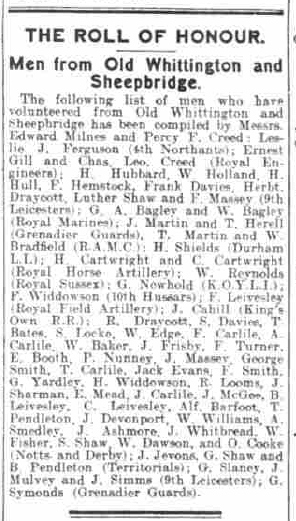 John (or Jack as he appears on his medal card) arrived in France on 13th October 1915.  As the service record is not available I cannot confirm which battalion he joined at first, but certainly later in the war he was serving with the 12th Battalion which was a Pioneer Battalion.  The Pioneer Battalions were often made up of mine workers.  The Pioneers were the workhorses of the  Expedentiary forces.  Most regiments had at least one Pioneer battalion.

They had a  badge of a cross rifle and pick, these battalions wired, dug in all weathers and in all terrain. On many occasions they abandoned their working tools and fought alongside the infantry to repel enemy attacks.

The 12th Battalion Sherwoods were also responsible for producing  the 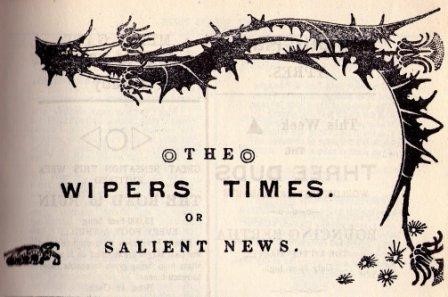 The Wipers Times was produced by soldiers from the 12th Battalion Sherwood Foresters (Nottingham & Derbyshire Regiment) following their discovery in early 1916 of a printing press abandoned in Ypres by a Belgian who had, in the words of the editor, “stood not on the order of his going, but gone”. A sergeant who had been a printer in peacetime salvaged it and printed a sample page. The paper was then named after the Tommy slang for Ypres, Wipers.

The newspaper was often produced in hazardous conditions, at one point only a few hundred yards from the front line and it quickly became the voice of the average British Tommy, relaying his experiences, grief and anger during the entire conflict. Irreverent and very funny, its humour and satire provide a lasting insight into life in the trenches in the First World War.

I have no idea whether John Carlile was involved in producing the ‘Wipers Times’ but I imagine he would have been familiar with it.

John would have taken part in many battles during the 21/2 years he was in France.  The 12th battalion were part of 24th division and took part in:

Which actions John was involved in will never be known now but at some point during his military service John was promoted from Private to Corporal.

The Battle of Rosieres took place between 26th – 27th March 1918, part of the Spring Offensive (further information  at)

24th Division took part and John Carlile died on 27th March 1918.  I cannot definitely confirm this is where John died but his Battalion were involved in this action.

A newspaper report of Johns death has a statement from Capt. D Lewes which says:

It is recorded that he died of his wounds, whether he was taken to a Casualty Clearing Station or whether he died where he fell I am unable to confirm.  John Carlile was 23 years old when he died and a veteran of nearly three years hard fighting in France! 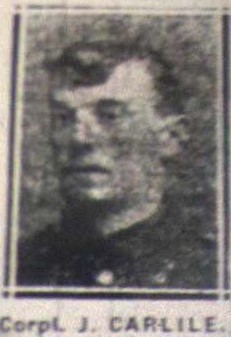 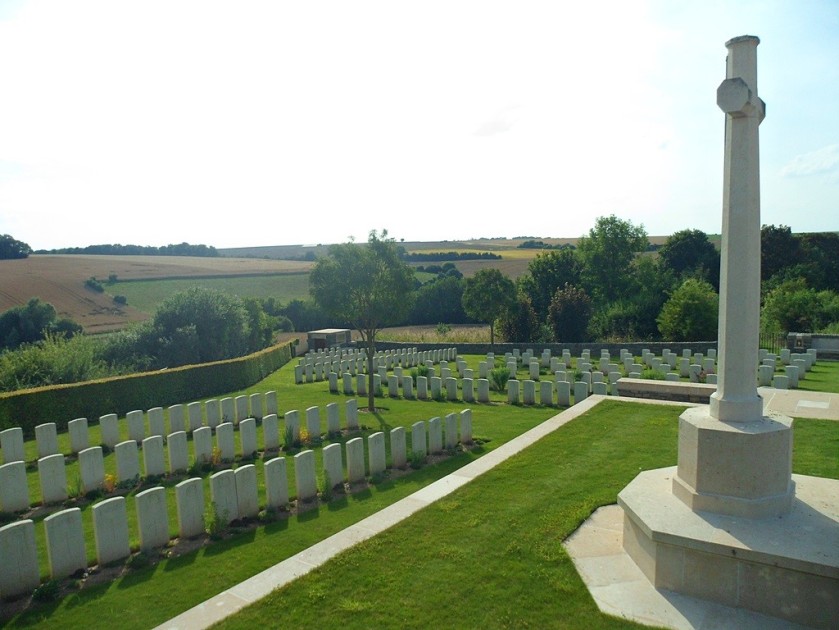 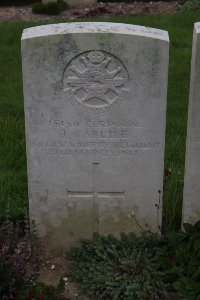 John Carlile was awarded the British War and Victory medals along with the 14/15 Star.

John’s personal effects were returned to his mother Sarah Ann who was recorded as his sole legatee.

The Carlile family lost another son, Percy who died earlier in the war on 8th October 1916.  A cousin of the two men, Alexander Carlile was killed in action on 12th October 1916.  All three are together on the War Memorials. 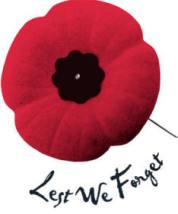