Harry Higginbottom was born at Sheepbridge in 1897.  His parents were James and Mary Higginbottom.  Harry was the third boy in the family, his older brothers were William and Samuel. I cannot find a baptism for Harry so there is a good chance that his parents attended one of the two chapels  that were on Sheepbridge at the time.

Harrys father’s occupation on the 1901 census is listed as a Striker for Railway Wagon skip worker, this could indicate that he worked at the wagon works at the bottom of Whittington Hill, but I have nothing to confirm this.  The family lived at 167 Sheffield Road.

By 1911 Harry has two more brothers, Charles and George. The three older boys are now working. William at 18 is a Clerk at the Iron Works, Samuel at 17 is a Core Maker in the foundry and Harry at just 14 is an Apprentice to a brass moulder. I would assume  that all three brothers were probably working at Sheepbridge.  The family were now living at 590 Sheffield Road.

A report in The Courier, May 13th 1911 confirms that Harry did attend the Sheepbridge United Methodist Church.  He was one of 98 students out of 155 who attended the Sunday School who had been awarded a prize.  Reading the list of prize winners is quite poignant, listed with Harry are several other boys who are now listed with him on the War Memorial!  Personally, it was surprising to find that my grandmother, great aunt and uncle also attended the Sunday School at the same time and are listed as prize winners alongside Harry.

On the 27th November 1915 Harry travelled to Chesterfield and enlisted in the 6th  Leicestershire regiment.  He was held in reserve until 1918 when he was mobilised on 14th May 1918.

His service record does survive in part and his Attestation record shows that he was 18 years and 5 months when he enlisted. His service number was 58620. Sadly, much of the record is unreadable.

The 6th Battalion Leicestershire regiment was nicknamed the Leicester Tigers. 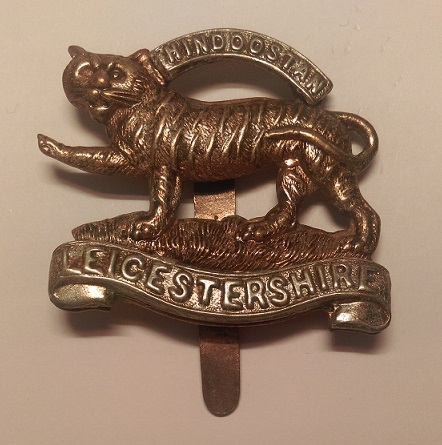 Harry left for France on 4th September 1918.  The war Diaries for the 6th Battalion show that at the beginning of September the Regiment were camped at Manancourt, even there they were shelled and there were casualties. He would have been in the thick of fighting, the 6th was part of 21st Division. The Division was involved in the Battle of Epehy, (18th September 1918) although this Battle was not a massive success it did show that the Germans were weakening and encouraged the Allies to take further action. More information can be found at https://www.history.com/this-day-in-history/battle-of-epehy

From the 20th – 24th the Battalion were in billets and there was no training. On the 25th the Battalion was moved up to the front line at the Gauche Wood Section and relieved the 10th Sherwoods.  I think this must have been where Harry was killed, although there is nothing to definitely confirm this. 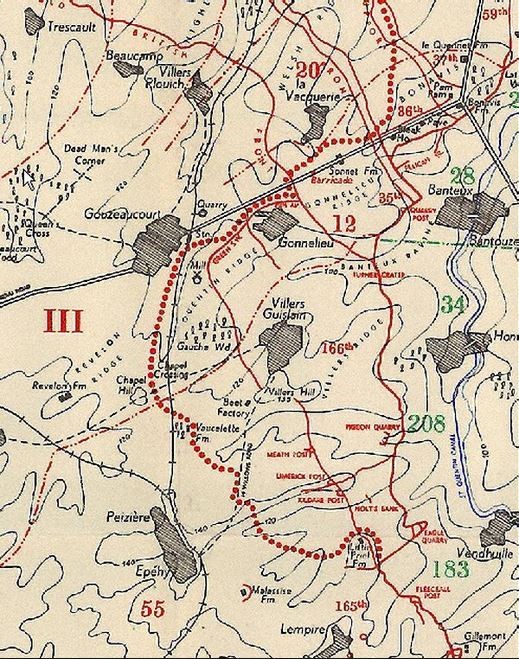 The War Diaries show that during September 1918 the 6th Battalion had 21 other ranks killed and 4 missing.  Sadly, Harry was one of the missing, he was reported as killed on 26th September 1918 and is commemorated on the panels for the missing at Vis en Artois cemetery. Individuals are commemorated in this way when their loss has been officially declared by their relevant service but there is no known burial for the individual, or in circumstances where graves cannot be individually marked, or where the grave site has become inaccessible and unmaintainable (Commonwealth War Graves Commission).

Information on Vis en Artois Cemetery can be found here

The address on the form is shown as 598 Sheffield Road, as it is on the Attestation form.  Either the family moved from 590, or it is a transcription error.  The form also shows that the remainder of Harrys family still lived in Old Whittington apart from Jack who is  living in Tasmania. I am assuming Jack must be the nickname for Samuel James, the second eldest son. Unfortunately, without further research I have no idea why ‘Jack’ would be in Tasmania.

Report of Harrys death in the Derbyshire Courier.

Harry was awarded the British War and Victory medals.

There was  a further report in the Derbyshire Courier 14th December 1918, when a memorial service was held at the Sheepbridge United Methodist church for Harry, Charles Lievesley and Frederick Walker, together with a Sunday School teacher Doris Willis who had died a few weeks earlier.

Harry is commemorated on the Old Whittington and The Brushes War memorials. The Leicesters are also remembered on the beautiful Memorial at the National Arboretum. 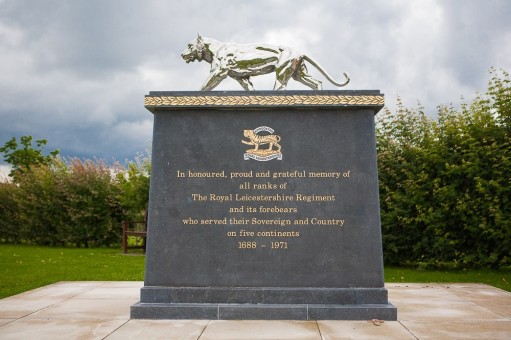 Harrys brother William married in 1917 at Old Whittington and its lovely to know that Harry was able to attend the wedding of his brother and sign the register as a witness.