Frederick Walker was born on 26th September 1897 in Hadfield Derbyshire. His parents were Samuel Walker and Alice Hibberd, they already had another son Samuel born in 1895. Frederick was baptised at St Andrews Hadfield on October 27th 1897. 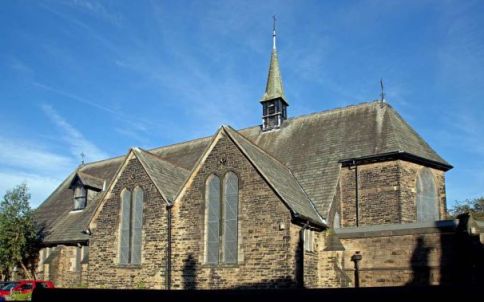 By 1901 Frederick was living with his mother and grandmother, Rose H Pegg at 13 William Street Old Whittington.

I haven’t been able to find a great deal of information on Fredericks home life.  His father Samuel does not appear to be living with the family in 1901 or 1911, he was according to Fredericks baptism record a signalman, perhaps he was working away from home on the census dates and got missed!

In 1911 the family were still living at Old Whittington and had moved to 8 George Street.  Frederick was 13 and whilst still at school was a grocer’s errand boy in his spare time.

George Street and William Street are in what is known as the Broomhill Park area of Old Whittington.

Frederick started work at Hurst Nelson, Chatsworth Wagon Works very near to where he lived at George Street.

Sadly, there are no available Service records for Frederick, but according to a newspaper report at the time of his death Frederick enlisted  on the 19th May 1915 joining the 16th Battalion (Chatsworth Rifles) Notts and Derbyshire regiment, Service number 26154. The 16th was primarily a Territorial or Home force,  raised at Derby by the Duke of Devonshire and Derbyshire Territorial Force Association on 16th April 1915. On 2nd September they moved to Winchester to join 117th Brigade 39th Division. The Battalion went to France on 6th March 1916,  landing at Le Havre and being stationed near Blaringhem in Northern France.  According to the newspaper report this is when Frederick arrived in France.

The 39th Division saw action at the Battle of the Somme in 1916 and the following year took part in the Third battle of Ypres, or as we now know the Battle of Passchendaele.  Which saw the allies fighting in terrible conditions,  bad weather in October led to the battlefield becoming an impossible quagmire.

The photographs below show Passchendaele before and after the Battle.  Its hard to imagine the intensity of the fighting which virtually obliterated the town!

Photo courtesy of the IWM

I have no way of confirming which battles Frederick took part in, however at some point he was transferred from the 16th Battalion Notts and Derbys to the 10th Battalion Shropshire Light Infantry, where he was promoted to a Lance Corporal.

According to the newspaper report he trained as a Lewis Gunner.  The Lewis Gun was the machine gun most widely used by the British Army in WW1.  Frederick would have belonged to a team of men who worked together.

Each Lewis Gun required a team of two gunners, one to fire and one to carry ammunition and reload. All of the members of an infantry platoon would be trained in the use of the Lewis Gun so that they could take over if the usual gunners were killed or wounded.

The 10th Battalion Shropshire belonged to 231st Brigade 74th Yeomanry Division. The 231st Brigade were originally serving as part of the Suez Canal Defence force, they remained in action in Palestine until April 1918.  There is no documentary evidence to show that Frederick served in Palestine, but that isn’t to say he didn’t.  The unit was recalled to France and landed at Marseille on 7th May 1918.  This could be when Frederick joined as a Lance Corporal with Service number 36701.

The 74th Division took over a sector of front line near Merville, 20kms south west of Armentieres, on 14th July.

They saw action in the Second Battles of the Somme(2nd Battle of Bapaume-2-3 September 1918).

Frederick died on 18th September 1918, there is no way to confirm if he did die at the Battle of Epehy, but it is a possibility, he was just short of his 21st birthday. 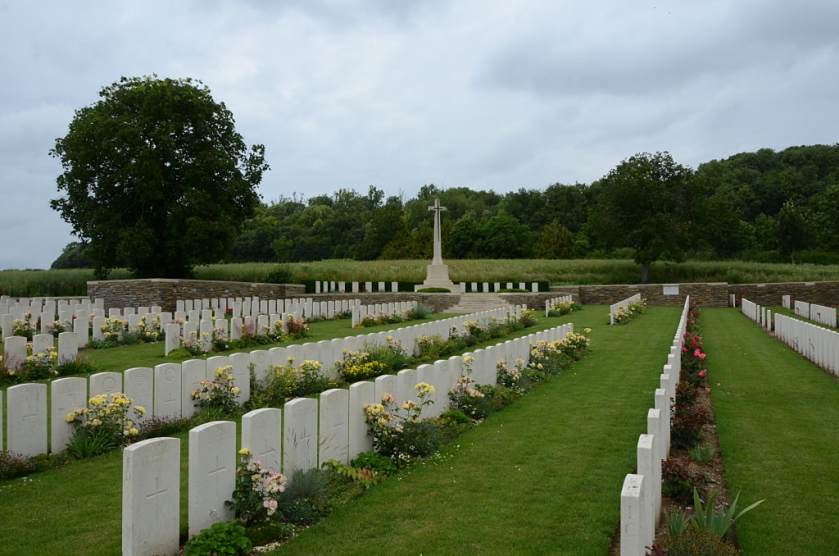 Frederick was buried near to where he died and was later re-buried at Templeux le Guerard.

The inscription on his grave reads:

A report in the Derbyshire Courier 26th October 1918  gives details of Fredericks death:

Fredericks medal card shows that he was awarded the Victory and British War medals. 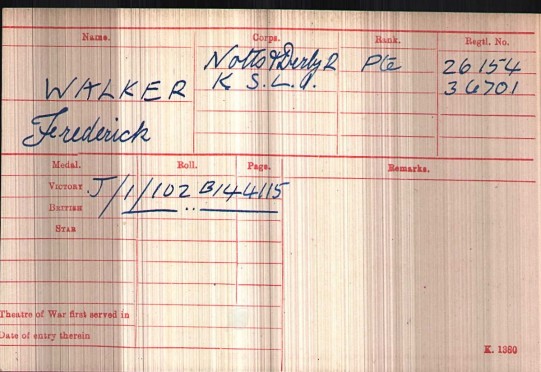 Fredericks personal effects were sent to his mother Alice as sole legatee.

Frederick is commemorated on  Old Whittington and the Brushes war Memorials.

Alice continued to live at George Street and in 1939 was listed as living there with her youngest son Charles, born 1902, who was a gardener.