I would like to thank Kevin Greatorex (Matthews great great grandson) for getting in touch with memories from his grandmother.

Matthews (Senior) occupation is given as ‘Scizzors’ Grinder and the family are living at Devonshire Street.

On the 1891 census the family are living at 22 Croft in the Newbold and Dunston District of Chesterfield.

Father Matthew (36) who was born in Leicestershire, is a Scissor Grinder.

‘Interestingly the occupations of scissor grinder represent one of the trades carried out by Romany travellers which Matthews family indeed were’.

By 1901 the census shows that the family have moved and are now living at 202 Arundel Road Newbold.

Matthew senior is now a Razor Grinder working at home.  His wife Caroline (Callandine) and now there are five children living at home.  Harry (could be Henry ), Matthew who is now 16 years of age and working as a labourer at Iron Works, Janet (could be Genett from 1891 census) who along with Levi (9) and Rebecca (7) are at school.

Matthew and Elizabeth had three children. 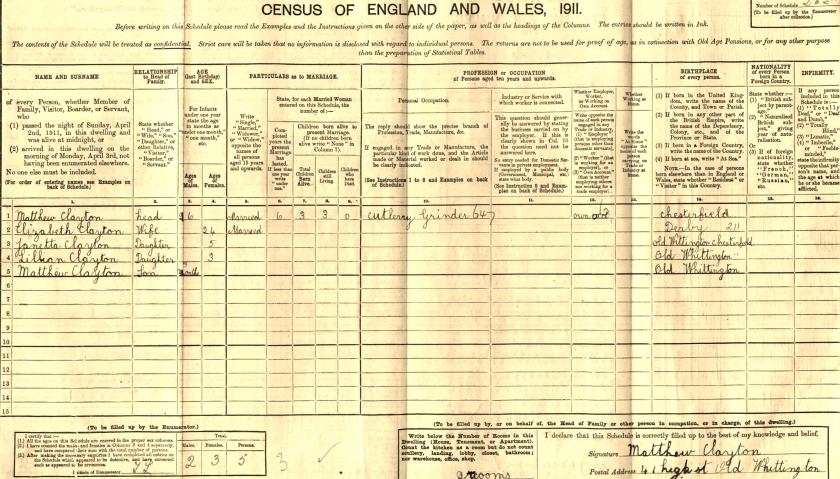 Matthews occupation is now shown as Cutlery Grinder working at home, same occupation as his father and brother.

‘My grandma used to talk to me quite a lot about her dad and was told this as a child and have always remembered it. Grandma told me Matthew had enlisted as the family were struggling financially at this point and mentioned the Kings shilling’.

2.  (Information from Kevin Greatorex (Matthews great great grandson) as related to him by Matthews daughter Jeanette).

The 9th (Service) Battalion landed at Boulogne-sur-Mer as part of the 42nd Brigade in the 14th (Light) Division in May 1915 for service on the Western Front.  They saw action in the 2nd Battle of Ypres in May 1915.  The 9th Battalion also saw action at the Battle of Hooge (known as the German Liquid Fire Attack)  on 30th July 1915.   This was one of the first times the German Army had used Flamethrowers in battle.  Understandably, one of the most feared weapons introduced during World War 1.

According to the Medal Card Matthew arrived in France 30th September 1915. Prior to his arrival the battalion had been involved in the Second Attack on Bellewaarde on 25th September 1915.    The 9th King’s Royal Rifle Corps were deployed in support but they also suffered in the fighting, as well as from British artillery dropping short during their advance.

Unfortunately I cannot be sure where Matthew was injured but he died from his wounds on 22 November 1915.

‘I remember my grandmother Jeanette mentioning that her father Matthew had been shot by a German sniper and had died on a cart heading to the field hospital’.

3.  (Information from Kevin Greatorex (Matthews great great grandson) as related to him by Matthews daughter Jeanette).

Matthew is buried  at Lijssenthoek Military Cemetery in Belgium.

In the spring of 1915, the hamlet of Lijssenthoek, just south of Poperinge, became involved in the war effort. The farm of Remi Quaghebeur was ideally located for building a field hospital – a few miles behind the front and next to the Poperinge-Hazebrouck railway line. At the height of the war, Remi comprised four big field hospitals and the four Casualty Clearing Stations here boasted some 4,000 hospital beds.

Injured men were brought in from all over the Ypres Salient to this field hospital. Those who didn’t make it were buried on site. 10,784 headstones.

Matthew was taken to Number 10 Casualty Clearing Station (Remi) where he died of his wounds.  He would then be buried in Lijssenthoek cemetery.

Above is the copy of Matthews Pension Record 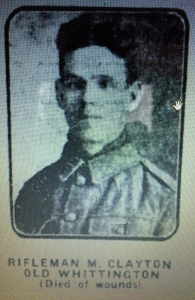 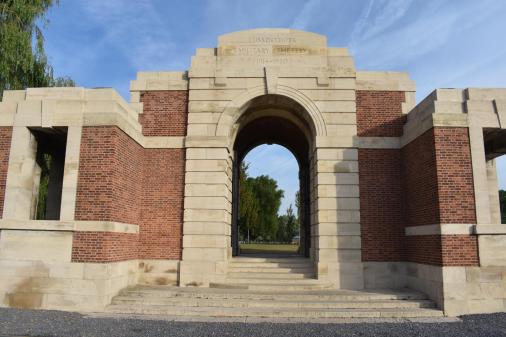 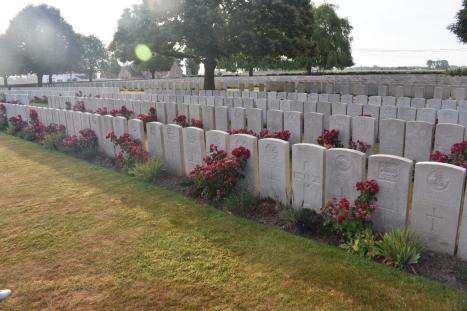 It was one of the cemeteries that King George V visited in 1922 during his pilgrimage to the Battlefields of WW1.

Further information on Lijssenthoek Military Cemetery can be found here 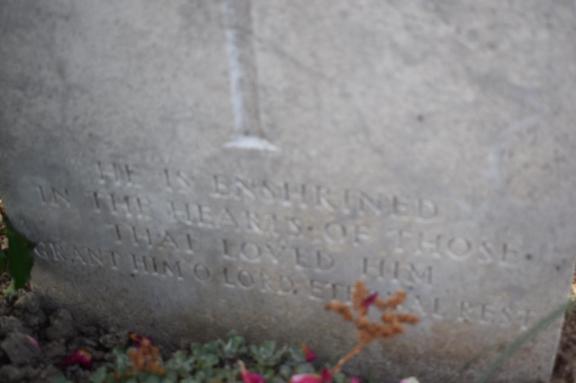 The inscription on Matthews grave reads –

Matthew was awarded the Victory Medal and the British War Medal 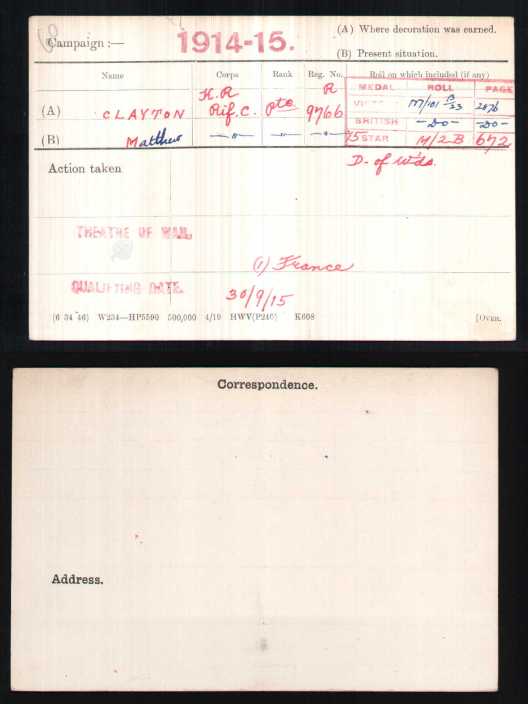 At the time of his death Matthew was 31 years of age and according to the cemetery record his family were then living at 91 Whittington Hill Old Whittington.

Matthew is commemorated on Old Whittington and the Brushes War Memorial.

As far as I can confirm Matthews son (also called Matthew) married Minnie Loomes in 1933 and in 1939 was still living at Old Whittington.