The address on the baptism register is given as Sheepbridge, and the occupation of William’s father is Blast Furnace keeper, I assume Henry Bowman probably worked at Sheepbridge Coal and Iron Company.

The 1881 census shows that the family were living at  Holland Road and William now had two younger siblings Jos Henry at 3 years old and Eliza who was 1.  He also had an older sister Mary who was 7 in 1881.

I have been unable to find any school records for this period for William, even though he is listed as a scholar on the 1881 census,  but there are later records for William’s siblings and they attended Websters Endowed Mixed school at Whittington, now known as Mary Swanwick school on Church Street.  I would imagine there is a good chance that would be the school that William attended too!

1891 and the family lived at 2 Holland Road. The Bowman family had grown and William had five more siblings, the youngest Ruth at one year old.  William has left school and the census shows that he is employed.  From the entry it would appear that he is possibly working at Sheepbridge Works as well as his father.

I have tried to trace what happened to William’s brothers and sisters after their parents deaths.  Luckily they all had homes, but its very sad that the family were all split up so soon after losing both of their parents.

In 1901 William was living on his own at 2 Holland Road and was now working as a coal miner – filler. Older sister Mary had married and was living at Darnall in Sheffield with her husband and the youngest sister Ruth and Henry, now 11 and 16 years old respectively.

On the night of the 1901 census Esther, now 13 years old, is shown as a visitor at 69 Barker Lane Brampton.  Joseph H married Martha Barratt in 1900 and in 1901 they were living at 38 Chapel Street, Joseph was still working as a grocer’s assistant. I haven’t located Eliza on the 1901 census but there is an Eliza Bowman marrying Frederick Holmes in 1902 in Chesterfield which is possibly William’s sister. Jane Ellen at 18 years old in 1901 was working as a domestic servant at 22 William Street, which was a grocers shop and home to the Worne family. Finally, Anna at 14 years old was also working as  a domestic servant at Devonshire Street Newbold at the home of Emma Biggin.

On 2nd June 1903 some happy news for the Bowman family when William married Emma Smith at Old Whittington church. The marriage register entry shows that William was now living at Sheepbridge Lane.

Only a couple of years after his marriage William and his wife moved to Arkwright Town and William started work at Markham Colliery,  Arkwright Town was built for miners at the local mine.

By 1911 the Bowman family were quite well established at Arkwright and William and Emma now had three children, their address was 42 Arkwright Town.

According to a newspaper report after William’s death he was a staunch church man and had been a warden at Duckmanton church.

William enlisted in November 1914 and he joined the 11th Battalion Notts and Derbyshire Regiment Service number  18494.

There are no service records for William and it is difficult to confirm exactly when he was sent to France.  His medal card shows that he wasn’t awarded the 14/15 Star medal which would indicate that he didn’t go overseas until at least January 1916.  The newspaper report states that he had been in France 18 months when he died which would confirm that it was early 1916 when he went over to France.

The 11th Battalion arrived in France in August 1915 and for some reason William must have been sent over later. They became part of 70th brigade in 23rd Division. 23rd division were involved in action at Vimy Ridge in May 1916 but I cannot confirm if William took part in this action.

The 23rd took part in the following engagements during 1916:

At some point William was promoted to Corporal and changed regiments to 17th Notts and Derbyshire.  However, his medal card and medal roll do not confirm he was a Corporal, but he is referred to as Corporal Bowman in the newspaper report which could mean he was promoted just before he died.

William did manage to return home on visits occasionally and according to the newspaper report went home on leave on June 22nd 1917, when he met his fourth child for the first and only time.

William died on 30th July 1917.  The war diaries for the 17th Battalion report that  most of July was spent in routine training and preparation.  The night of 25th July 240 men were working on the front line.  29th July was routine with Battalion training and drawing stores for the operations that were to come. At 8.30pm the Battalion moved to Canal Bank (Hill Top sector).  Hill Top trenches were near to the village of Sint Juliaan, West Flanders, approximately 51/2 miles from Ypres.

30th July was a day of resting at Canal Bank, waiting for the attack which was to come later.  At 10.30pm the Battalion moved up to the assembly point at Hill Top trench. The attack we now know was the Battle of Passchendaele which started on July 31st 1917 and lasted until November 1917.  More information can be found at

I cannot confirm where William was killed I can only assume it was in the area of Sint Juliaan at some point on 30th July, William was 41 years old and is remembered on the memorial at Menin Gate Ypres.  More information can be found here 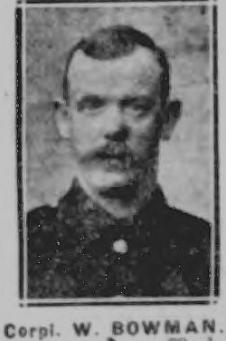 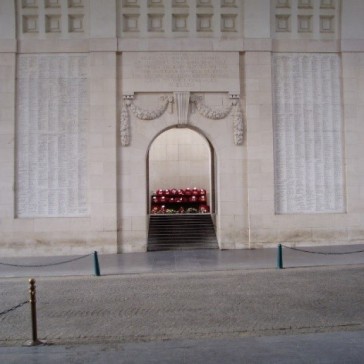 Pictures of Menin Gate courtesy of A J Taylor 2019

The grave registration report below shows that Mrs Bowman had now remarried but was still living at Arkwright Town.

Emma remarried on 7th April 1920 at Sutton Scarsdale Church to Harry Hollis.  This gives an indication of how long it took to get all the paperwork etc sorted out after WW1.

Williams medal card shows that he was awarded the British War and Victory medals.

The medal card hasn’t been updated with Williams change of regiment, however the Medal Roll book below has. 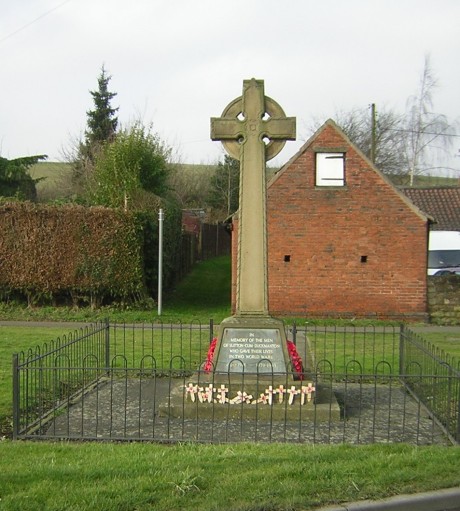 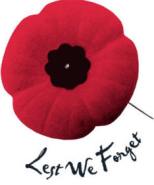