Fred Harle was born on 23rd March 1881 at Whittington, his parents were John, an iron moulder from Durham and his wife Mary Ann also born in Durham. He is actually shown on the 1881 census as 12 days old.

Fred attended Websters Endowed Mixed School Whittington from 25th April 1887 until 25th January 1889.  During this time the family lived at Sheepbridge Lane and Fred is listed as Frederic in the School Admissions register.

On the 1891 census the family were now living at 193 Sheffield Road, which would have been in the area of Whittington known as the Brushes. In 1891 Fred was the youngest of five children. However, after checking the 1881 census an elder brother Edward had already left home by 1891.

As I noticed that some of Fred’s siblings were born at Newbold I checked previous census and in 1871 when the family moved down from Durham they were living at St Johns Square Newbold. 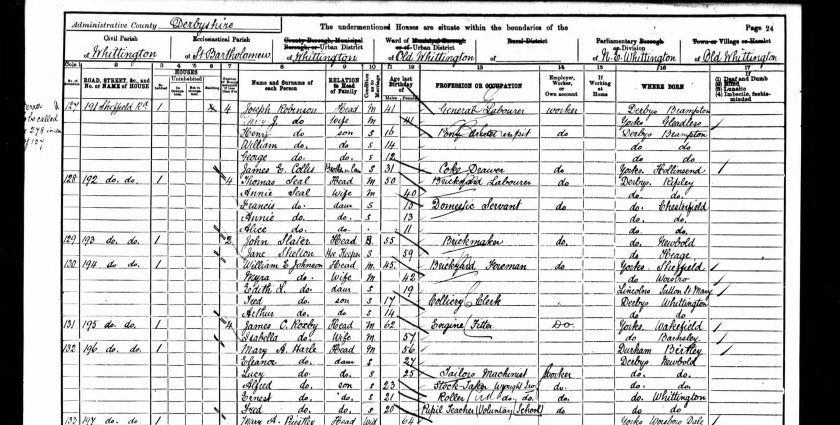 The family are now living at 196 Sheffield Road Old Whittington. As you can see from the census Mary Harle is listed as the Head of the household.  John her husband didn’t die until 1913 and at the moment I have been unable to find him recorded on any other census, for whatever reason he didn’t appear in 1901, John is back on the 1911 census in the family home.

Fred in 1901 is a pupil teacher at a voluntary school.  Pupil teachers had a very busy work schedule.  They had to be on hand all day to help out in lessons and at the end of the day they would go on to attend evening school for further tuition.  There is an article in the Derbyshire Courier 29th March 1902 which list recipients of Old Whittington school prizes.  There are also awards for night school and the article reads “ Amongst the art students Fred Harle gained special merit”.

Fred got married in 1909 to Leonora Miles in Leicester.  He had a teaching position in Leicester according to Kellys Directory for Leicestershire and Rutland for that period. The directory also lists addresses and in 1909 he is listed as living at 10 Beckingham Road.

The 1911 census shows that Fred, his wife and now daughter, Margaret, were still at Beckingham Road Leicester and Fred is now an Elementary School Teacher.

Fred is still at the same address in 1912 but in Kellys Directory for 1914 he is listed at 28 Evington Park Road.  In the 1916 directory he is still shown as a school teacher and at 28 Evington Park Road. Unfortunately, there is no clue as to which school he would be teaching at. I did a search of schools in that area and Medway Community Primary School is well within walking distance of where Fred lived, perhaps that may have been where he worked as a teacher! However, this is just supposition.

Fred enlisted in the 12th Battalion (London Regiment) of the Royal Fusiliers. Sadly, Fred’s Service record is one of many that were  lost in 1940 and I cannot confirm the date he enlisted.  He did enlist in Leicester and his Service Number was 10768.  As he still had an entry in the 1916 Kellys Directory, then I think it is right to assume that he most likely enlisted between 1915 and early 1916.

The Royal Fusiliers were involved in: 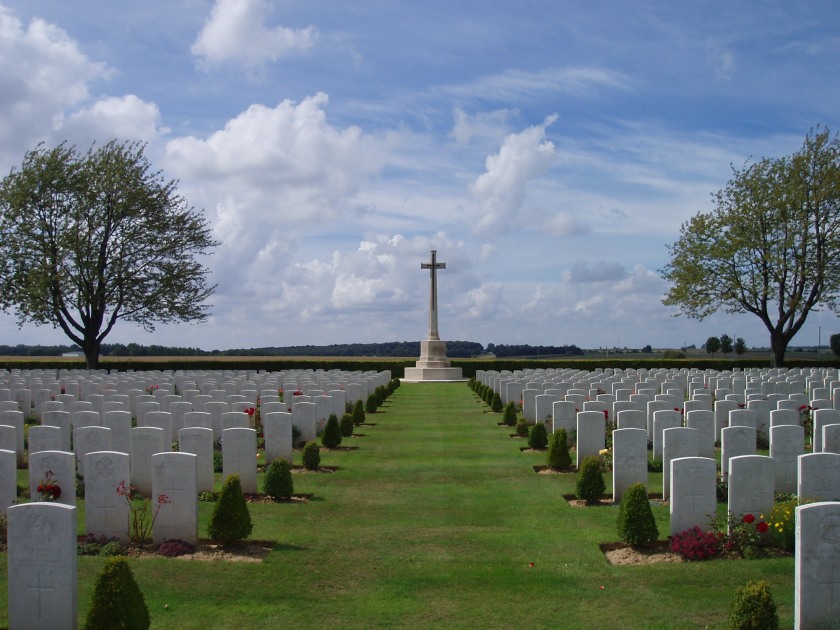 The grave registration report below shows Fred’s Service number as PS/10768 this prefix would usually refer to Public School battalions (18,19,20th and 21st) of the Royal Fusiliers.   However, this far into the enlistment people from all walks of life were being admitted into PS battalions.

Fred must have been buried where he fell and at a later date his body was moved to Caterpillar Valley Cemetery.

Fred’s wife had an inscription put on the grave which read:

‘With proud and ever loving thoughts from his wife and child’ 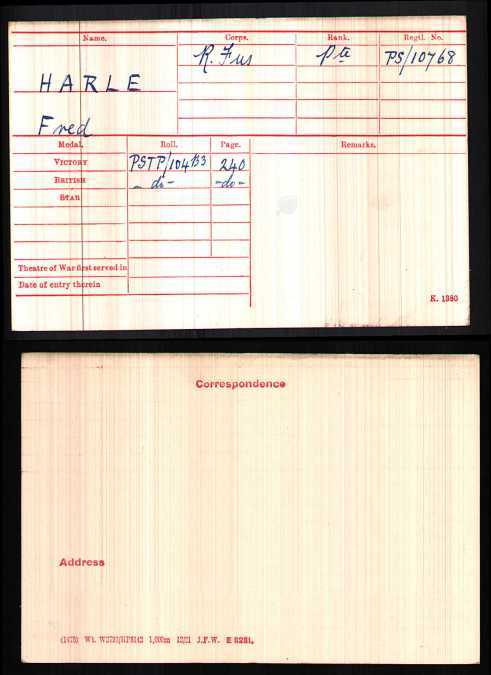 Fred’s medal card doesn’t give much information as to when he arrived in France.

Fred was awarded the Victory and British War Medal.  It would appear that Fred wasn’t awarded the 14/15 Star medal (this was awarded to men who served in the British and Imperial forces who served in any theatre of the First World War against the Central European Powers during 1914 and 1915) which would suggest he didn’t arrive in France until 1916. 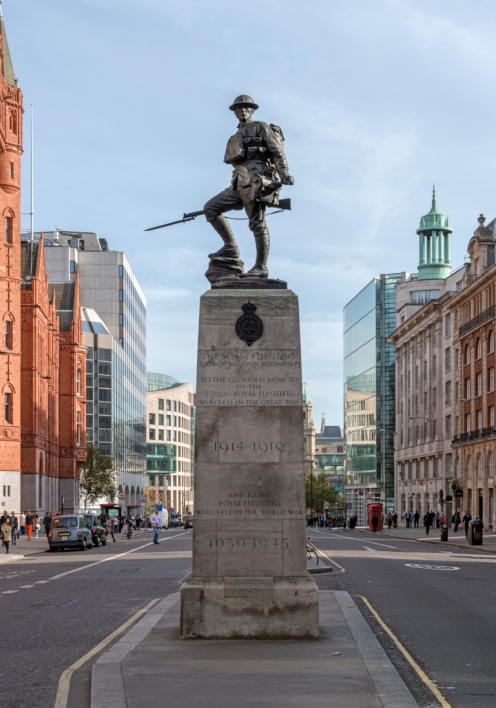 The Memorial to the 22,000 Royal Fusiliers who died in the Great War in Holborn London.

Fred is remembered on the Brushes War Memorial Old Whittington.

Fred’s wife never remarried and continued to live in Leicester.  On the 1939 register she is listed with her daughter Margaret living at 17 Rowsley Street Leicester.  She died in 1948 and is buried with her parents in Welford Road Cemetery in Leicester.

Margaret died in 1981 in Leicester.